TÜV SÜD and DB have developed a certification scheme for AM suppliers of spare parts and finished components. The scheme ensures consistent and reproducible product quality throughout the process chain. Two companies have already been certified according to this new guideline.

To provide their customers with passenger and goods transport services, Deutsche Bahn, the largest transport company in Central Europe, maintains a large and heterogeneous vehicle fleet plus the necessary infrastructure. To prevent vehicle downtime and infrastructure failure, the availability of spare parts for vehicles, and infrastructure made by an array of manufacturers and from various years of manufacture must be ensured. Additive manufacturing (AM) is playing an increasingly important role in the procurement of discontinued or hard to source components.

As a strictly regulated industry, the rail sector imposes high quality standards on its suppliers and the products they manufacture. Given this, the introduction of new or less standardised technologies, such as additive manufacturing (AM), poses a real challenge.

As no appropriate guidance in the form of standards had been available, in early 2016 Deutsche Bahn set out to develop an internal standard for AM supplier qualification under the direction of its subsidiary responsible for vehicle maintenance, DB Fahrzeuginstandhaltung. In mid-2017, the company became aware of a similar initiative by TÜV SÜD.

All services from a single source

TÜV SÜD had also been focusing on the issue of inconsistent industry practices and standards in additive manufacturing, and had acquired in-depth experience in this field; the company was working on the development of its own certification scheme. This scheme was based on the existing relevant standards, complemented by TÜV SÜD’s additive manufacturing know-how.

After their initial contact, DB and TÜV SÜD decided to align their approaches and integrate them into a cross-industry third-party manufacturer certification programme, referred to as the “Additive Manufacturer” certification scheme. In the initial phase, the standards of this scheme will only apply to DB suppliers of nonsafety- relevant AM products; after the specification of additional requirements, expansion of  the scheme to include safety-critical components will be reviewed in the next phase.

Following completion of the conceptual phase, the scheme has already been piloted in five companies. Two AM suppliers – Siemens Mobility in Erlangen and MBFZ toolcraft in Georgensgmünd – have now received their TÜV SÜD certificates.

Furthermore, we are committed to standardization in additive manufacturing - in our certification scheme in particular, but also in general. For With this in mind, we have taken the lead in the following standardisation projects: 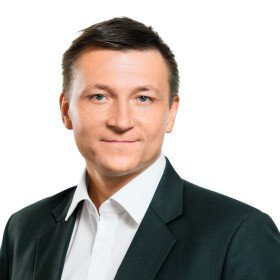 Series production with automation and standards